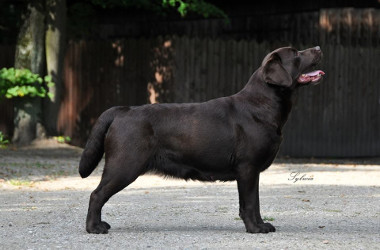 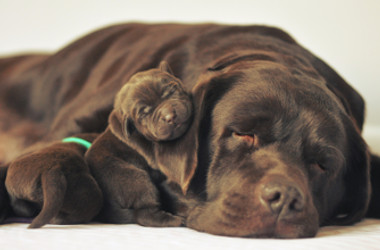 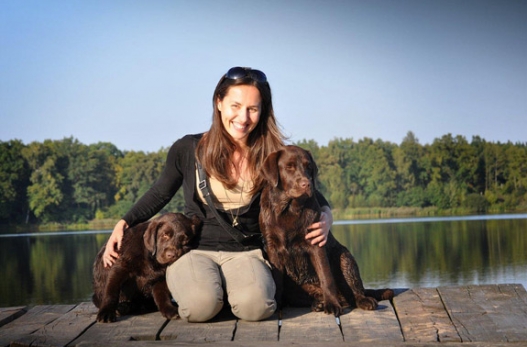 Right now there is a beautiful 6 weeks old chocolate girl available after Cedarwood PLAY MOR SO MUCH MOR that is looking for a nice show home. She is Prcd-PRA & EIC clear.

We’re back from a lovely weekend at Dracula Golden Trophy Shows in Romania where we met some nice new friends as well as polish friends Great time and some new titles….

Scherb is a new USA CHAMPION!!!

Words can't describe how thankful we are to Els Crisafulli and Carol Johnson Forsythe Labradors who take such a great care of him during his holidays in USA - girls you're both AMAZING!!
Congrats to the breeder Tatiana Levkina who entrusted us with this special boy as well as again big thank you to Siv Sandø who noticed him when he was just starting his career in Poland...!!
We both with Konrad Bylicki want to thank all who believed in him along the way!!

Sherb will be staying with Els & Carol in US until 2015, than he will be coming back home!

EEbb = pure for chocolate (does not carry yellow)

We have 2,5 weeks already

New pictures of your pups from Ida & Rock

On March 14 there was a full chocolate litter born in our kennel out of Multi Ch Cedarwood PLAY MOR SO MUCH MOR & Ch GIULIETTA Pod Napieciem.

New boy in out team

There are two litters planned after our USA Multi Ch Cedarwood PLAY MOR SO MUCH MOR. Pups will be available to move to their new homes at the beginning of May and in caso of second litter end of May. There is a possibility to reserve a first pick girl or a boy from these litters. If you're interested in more details please feel free to contact us.